Laurie Anderson on the Making of "Homeland" 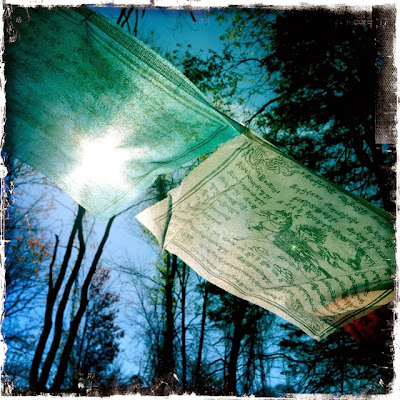 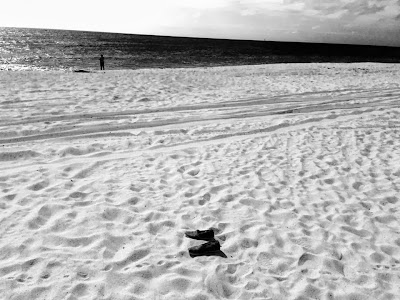 Where I wish I was, where I was, where I did
swim like a selkie I shed it all and
the Atlantic was all there was that
was more than enough
Posted by Pam at 1:53 PM No comments:

they say it's your 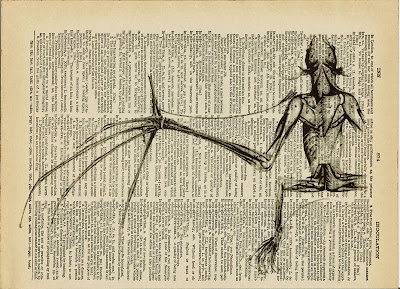 My Skeleton
by Jane Hirshfield
My skeleton,
you who once ached
with your own growing larger

are now,
each year
imperceptibly smaller,
lighter,
absorbed by your own
concentration.

When I danced,
you danced.
When you broke,
I.

And so it was lying down,
walking,
climbing the tiring stairs.
Your jaws. My bread.

Someday you,
what is left of you,
will be flensed of this marriage.

Angular wristbone,
cracked harp of ribcage,
blunt of heel,
opened bowl of the skull,
twin platters of pelvis--
each of you will leave me behind,
at last serene.

What did I know of your days,
your nights,
I who held you all my life
inside my hands
and thought they were empty?

You who held me all my life
inside your hands
as a new mother holds
her own unblanketed child,
not thinking at all. 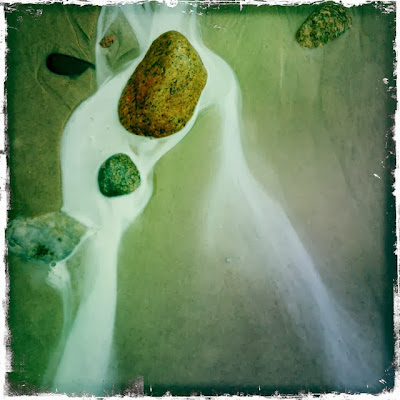 I found one small stone and placed it in my pocket to take
home. That is all. There's not much time or room on the shelf
these days. For shells or bones. More space for the too-many
photographs. And the lie is alluring. Take another and remember.
How seductive. How shiny. A scroll of them to unwind but
the years diminish. A photograph can be visual clutter.
But recently I want them more than beach stones.  Happy birthday. 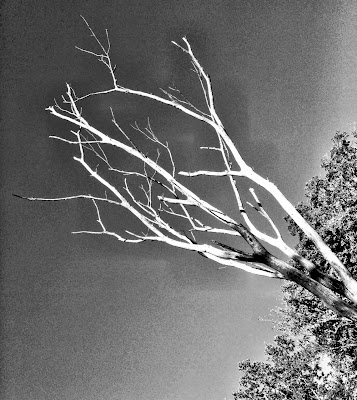 I often lay on that bench looking up into the tree, past the trunk and up into the branches. It was particularly fine at night with the stars above the tree.-Georgia O'Keefe 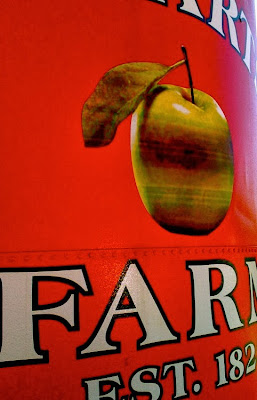 I spent last weekend looking. At my son.
At the wave action of creek water over
a rock and how the light and shadows
created a kind of pointilist Chuck Closian
painting on the surface. At huge mid
western type corn fields sprawling
across New York plains. At my son's
friends huddled around the firepit, their
faces lit and young. I spent the time
wanting to take a photograph of all of it
as if this could be a record of something
or a practice that could hold back danger.
To burn or carve a poem that captures
these days, that makes something of them
so they're not lost or forgotten or taken away. 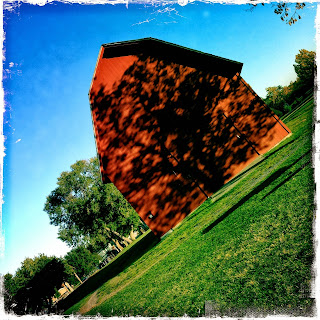 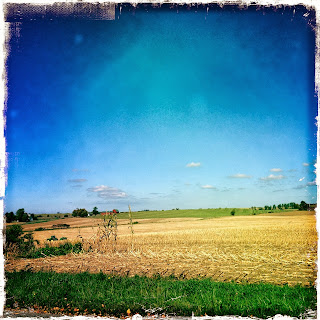 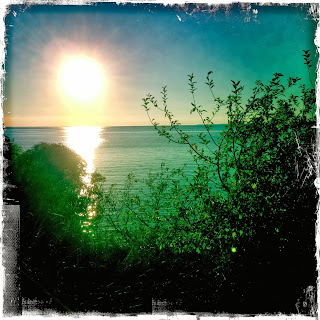 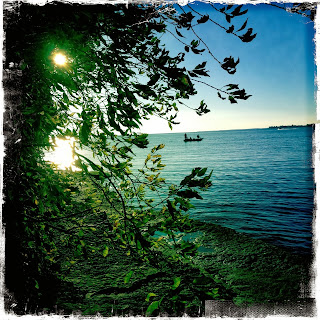 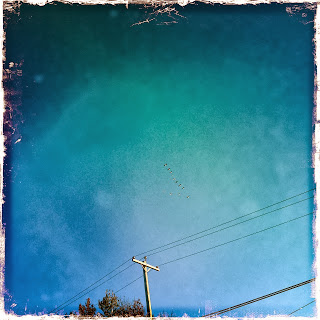 Birthday month is here. To mark it I hope to post
every day, though I don't know that anyone visits,
which is alright.
The photos are from upstate -- fall near the Thousand Islands
and Lake Ontario where my son the soldier is.
In a month he goes overseas, deploys,
goes down range, in military jargon. He is a warrior.
I know this, have known it, honor it. He learns
by doing, always in the thick of it. The doing
he's going to be doing will be dangerous.
This is what he wants and I get it.
I've been writing about this for a few years.
Pages of poems that circle around being
the mother of a warrior. Maybe I'll post some
poems during the month. To illustrate
the intricate delicacy of mothering a warrior.
Of someone who may indeed kill or be killed.
I've been building a house with the carbon
from ancient oracle bones for a few years.
A book, a manuscript, a myth. I don't know
that anyone is interested in this. War weary
war weary is the mantra. So to depict
the warrior's family, which is what
I set out to do in making the house,
this book. You out there may not be a mother
or parent or warrior.

Here is a landay -- a form of folk poetry
from Afghanistan, made by Pashtun women.
An oral and anonymous tradition.

I call. You're stone.
One day you'll look and find I'm gone.