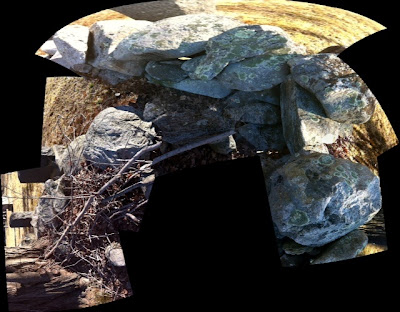 Done. Finished. Submitted. Wait. Whatever.
So whatever, if it's accepted or not, I figured
it out. In school I loved algebra, which isn't to say
I was good at it. Working through clauses
of Xs and Ys and stacks of parentheses was
a satisfying/frustrating endeavor. This poem
seemed like an algebraic equation. But
without a final exactly correct
only-answer-there-could-ever-be answer.
In other news, I've been playing with a panorama
thingy on my phone and it makes cool pictures,
though it freaked out when I tried to go all 360
on it in a 180-like place.
Posted by Pam at 5:49 PM No comments: 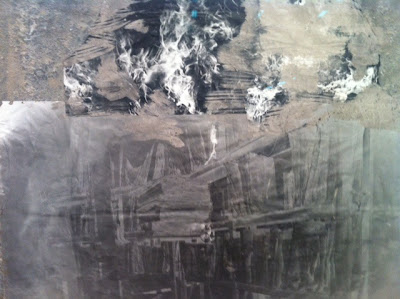 Beat back that sucking beast of a poem finally. Ready
for submission to a performance type reading series.
Hopefully it will be accepted, but for now I'm glad
the thing got made. I wrangled more with the self
than the poem. Yesterday the suck; today I'm perusing
NEA fellowship applications.
Not to mention that I found the just-purchased
salad dressing in the band-aid drawer.
So it goes usually.
Posted by Pam at 6:18 PM No comments: 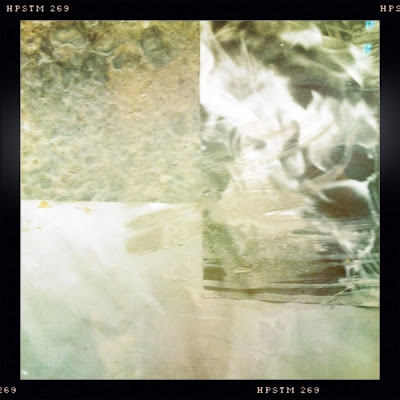 Anselm Kiefer's Alexandria, 1987
Ash, original and picmented photographs on treated
lead in glazed steel frame
67 X 90.5 inches
A fragment of the work
Posted by Pam at 12:26 PM No comments: 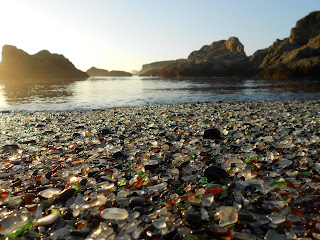 It's rainy and gray and I've written the worst poem ever
and it's due tomorrow -- or not, if I can't
wrestle it into some kind of shape, so here I am after a long
time away and with no readers here (thankfully I hope, although
if there is anyone out there that's okay too) to read this.
I think the problem with the poem is I'm stuffing
too many ideas into it because I want it to contain some big
ideas but really I'm not much good with big ideas. Today
I'd rather write about the photograph of an entire beach
of sea glass, a dump really, but the tumbledness of salt water
turned the sharp fragments into these amazingly beautiful
lozenges of color.
However, there's this poem and it's in response to an Anselm Kiefer
painting/photograph collage and if you know Kiefer you know
his subject matter is big -- as in the holocaust and war and
German memory via landscape.
The work is titled Alexandria -- another biggy,
one of the most important libraries in the world, destroyed several times
over, all those papyri up in flames, though Kiefer is also referencing
other book burnings, and how collected information can be a threat.
Then I just finished Susan Sontag's book, Regarding the Pain
of Others. About war photography primarily, especially how war
has been depicted and how those depictions shape our understandings.
And so war is a topic I've been thinking about since my son
enlisted in the Army two years ago.
Being the mother of a warrior - well, that's a whole manuscript indeed.
So along comes this painting -- collage really -- and all of its
stuff. And my readings. And my son. And then there's his buddy
who nearly died, who I don't know but somehow that doesn't matter
because it feels close, even though my son hasn't yet deployed.
The poem or me wants all of this in the mix. What a stewy mess.
(I like stew.) I'm not usually intimidated by the messy
wanderings of the associative mind, by working with disparate threads.
But I don't know. What I've written -- draft number blah/blah -- sucks
for real. I know, there's suck and then there's SUCKS. This is the latter.
It's the sounds for one. There are hardly any. Maybe the ideas
have gotten in the way of sound. Also, I now see the enumeration
of the stanzas bugs me. And then there's the assignment, which
calls for several voices -- or at least the sense of that. My attempts
there seem artificial, forced. Which in turns impacts the sounds.
See what's happening is that although now I'm feeling
a bit better as I sort the poem out -- the sucky draft is right here
staring at me -- a beautiful mess. Embrace the suck.
Posted by Pam at 3:27 PM No comments:

"Impatiently, I launched myself out of the chair, too angry, too confused, to sit
any longer; despite the heat, I stalked the floor, childishly desiring to kick
all the odd objects that cluttered it--artifacts, footstools, paintings--
out of my path-- what can you gain by showing me these photographs?"
From Alice I have Been by Melanie Benjamin
My fortune for 2012 via Radish King wonderwoman Rebecca Loudon
Prescient in that I've been writing and reading Sontag's Regarding The Pain
of Others on war photography and looking.
Posted by Pam at 9:47 PM No comments: